Peat bogs are slightly acidic, waterlogged areas of land made up of dead plants – mostly mosses. The specific conditions in peat bogs prevent these mosses and plants from decaying as they usually would in other environments. Instead they build up slowly over time and form peat.

The build-up is extremely gradual. Peat forms at the average rate of 1mm per year. It takes 1,000 years to form 1 metre of peat. This low replacement rate means it’s not a feasibly renewable resource.

Most peat bogs have been forming for around 12,000 years. After millions of years, intense pressures and high temperatures will cause the peat, trapped carbon and organic matter, to turn into coal. 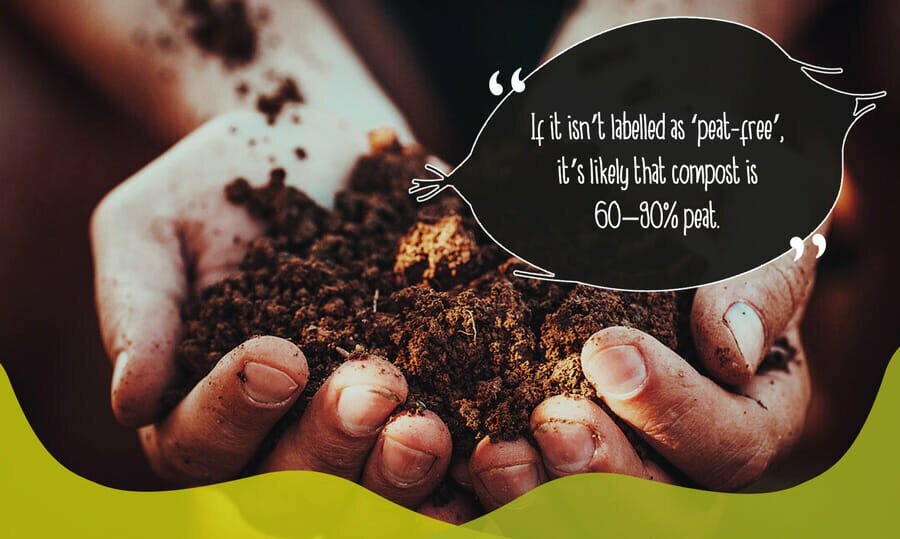 WHY ARE PEAT BOGS IMPORTANT?

Peat bogs have been referred to as ‘the UK’s rainforests’. This is due to their ability to absorb and store carbon, and their delicate relationships with ecosystems and the environment.

As the most efficient carbon sinks on the planet, peat bogs are thought to hold over 500 metric gigatons of carbon globally, and one-third of all soil carbon – more than the world’s forests. This is despite making up just 3% of the Earth’s land surface.

Peat bogs excellent water retentiveness also makes it useful for natural flood prevention. It’s estimated that peat bogs filtrate 10% of global freshwater, making water drinkable for many people. If the bogs are dried out or dug up, these benefits disappear with them.

Sadly, more than 90% of the bogs in England have been damaged or destroyed.

The use of peat in gardening and farming has been a standard for decades. It is used to firm up ordinary soil, aid water retention, and act as a compost. If it isn’t labelled as ‘peat-free’, it’s likely that compost is 60–90% peat.

Unfortunately, the process for harvesting peat bogs is highly damaging. The bog is drained completely, destroying entire ecosystems. Peat bogs are often the only places certain insects and wildlife thrive. Once the bog has been drained the peat dries out and dies.

Once the bog has been drained, all the stored carbon dioxide is also released back into the atmosphere, contributing to climate change.

As most of the world’s peat is harvested from Canada and Russia, large quantities of emissions are also produced during its transportation to global markets.

In 2011, the UK government pledged to phase out peat in garden products by 2020, with a total ban on commercial use by 2030. Though these measures are yet to be fully implemented, it shows the impact peat harvesting has had on the environment.

Despite its commercial applications, peat moss is not an ideal practical solution. It doesn’t last long once harvested. And after drying, it becomes hydrophobic – making it impossible to rehydrate.

COCO PEAT TO THE RESCUE

Coco peat is a derivative of coco coir: the fibrous husk left over from processing coconuts for food. Coconut husks are typically considered to be agricultural waste; they would be discarded for landfill once the nutritious internals have been harvested.

Coconuts are in plentiful supply, and easily replaced – making them a much more renewable material than peat. And with the popularity of coconut milk and water continuing to grow, a shortage of husks is unlikely.

THE POSITIVE BENEFITS OF COCO COIR FOR GARDENING

After coco coir has been used for an entire growing cycle with indoor planters or a gardening project, it can be washed and reused. If it’s mixed in to ordinary garden soil, it also creates a stronger soil structure and increases water retention.

Unlike sphagnum peat, coco coir can retain up to eight times its weight in water. It’s nearly impossible to over water a plant in coco peat. It’s perfect for novice gardeners and green thumbs alike.

IS PEAT COMPOST BETTER FOR PLANTS?

Sphagnum peat is often more acidic than is ideal, registering around 4.5 on the pH scale. Coco peat’s pH level hovers around 6, which sits perfectly in the 5.5–7 range required for most plants. You also don’t need to add lime to balance – coco peat is fit to use straight out of the packaging. 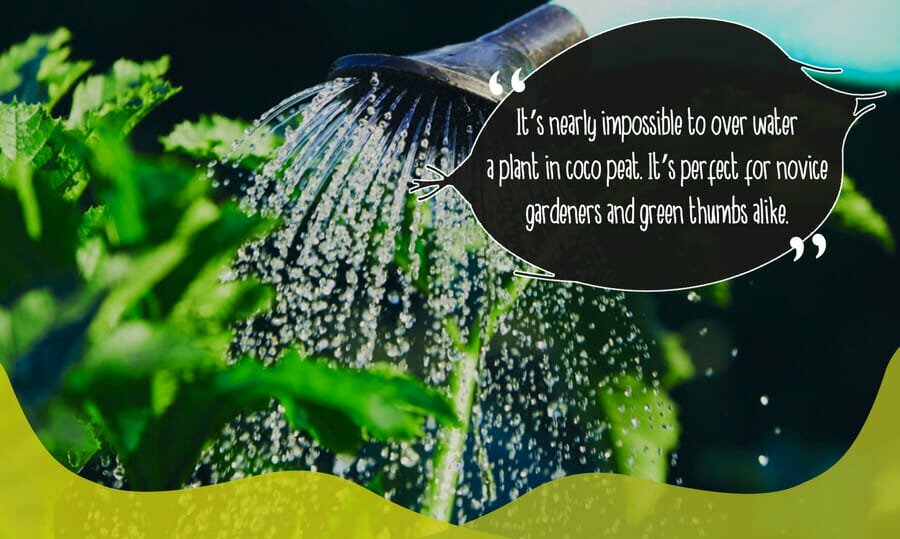 Coco peat isn’t just better for the environment; it’s better for your plants. It’s packed full of nutrients and naturally occurring ‘good’ bacteria. Its structure helps to naturally aerate soil, and it provides an excellent environment for roots to flourish.

How to start winter mulching